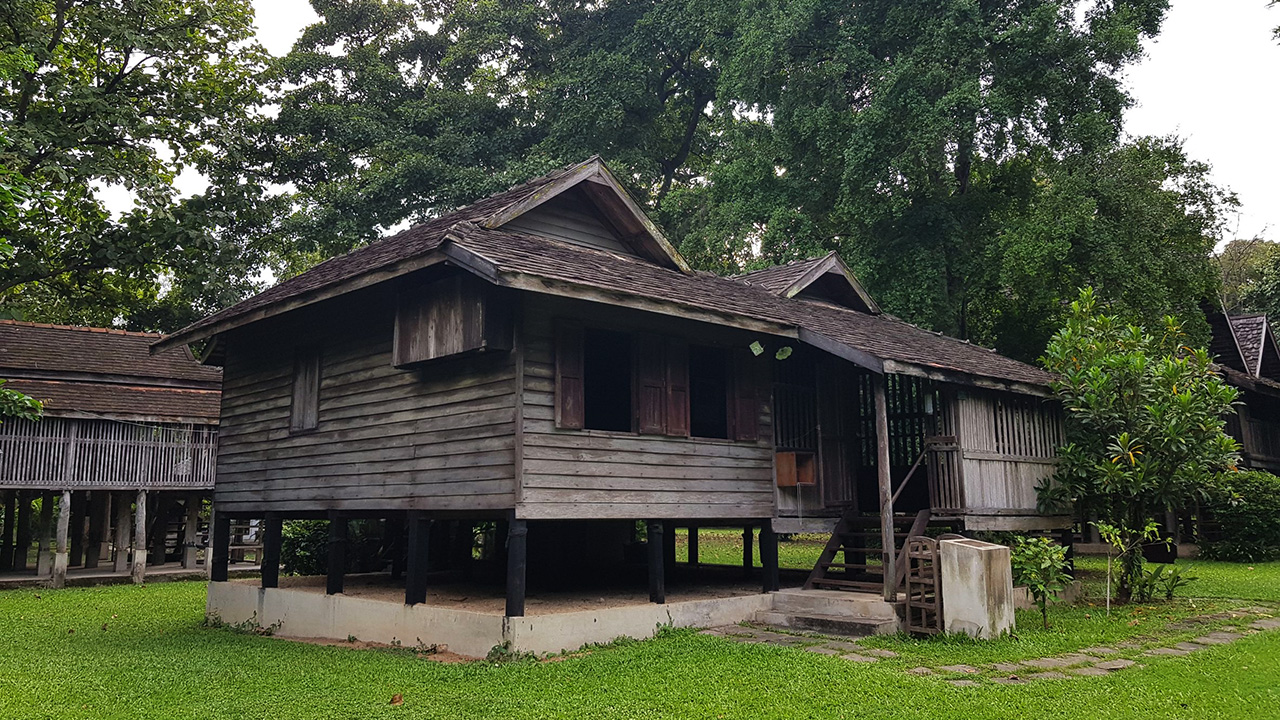 This Lanna folk style house was built after World War II, mainly from hardwood.  It has twin gables with a gutter or Hom Lin connecting the end of the roofs between the two gables.  The front and the rear of the house are connected by a veranda.  The structural and usage layout of houses in this period was inherited from the traditional Lanna houses such as a bamboo hut or Tub Mai Bau and Kalae house.  One notable difference is the staircase which no longer leads up directly from the front of the house.  The terrace is only half the width of the house and sealed-off by wooden partitions to add more security.

Heaun Oui Kaew is 7 metres wide by 10 metres long and was raised by only 1 metres above the ground so it felt rather small.  The construction was comprised of pillars and beams to bear and support weight.  Nails were used for the most part to speed-up the process of construction.

A sliding wall or Fha Lai which was popular during this era was used in many places to help with the ventilation.  Using larger cement tiles, the slope of the roof therefore was not so steep.

Heaun Oui Kaew was built during World War II just outside the moated city of Chiang Mai.  It once belonged to Oui Kaew (grandmother Kaew) and Oui In (grandmother In).

Ajarn Vithi Phanichphant, with support from the Kyoto Seika University, Japan, bought this house before it was torn down in 1987.  Oui In (grandmother In) moved to her new house but Oui Kaew chose to continue living in her beloved house until the end of her time.  The house was dismantled and rebuilt at the Center for the Promotion of Arts and Culture, Chiang Mai University in 1997. 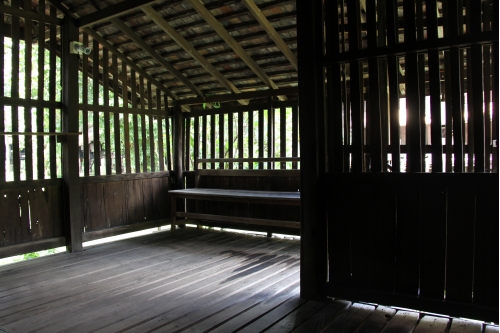 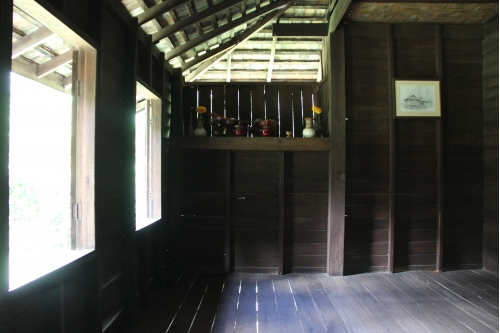 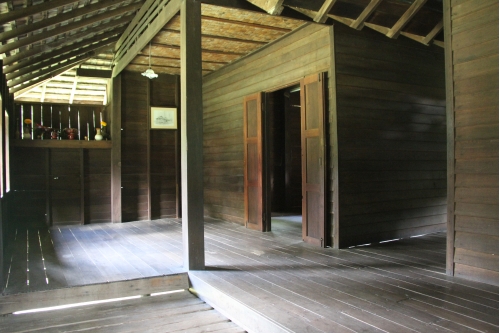 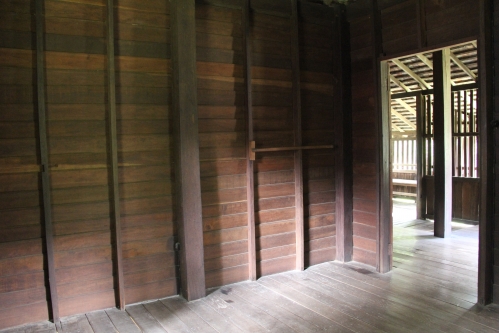