Kalae houses often have twin compartments.The roof ridges which run in parallel are usually orientated along the North-South axis. The ends of the two roofs are connected by a wooden gutter.

The two compartments usually share the same platform which runs from the front of the house through to the rear.The larger compartment is the sleeping area, while the smaller is for cooking. The bathroom is usually built away from the house. The front veranda serves as a working and resting area during the day. At night, it is used by all the men of the household as their sleeping quarter. This front veranda has a small partition, which is the extension of the wooden wall of the sleeping room, called Fha-Lap-Nang. This partition is for the privacy of the young girls working on the veranda during the  daytime.

Upon ascending the staircase from the front of the house, the first veranda which is separated from the main veranda is called “Shan Hom”. A small wooden shelf for drinking water in an earthenware jar is often found on this veranda. Many houses also have a similar this drinking water stand near the front gate, offering potable water for travelers and commuters alike.

There is no ceiling under the roof so the heat disperses quickly from the utility area. At this ceiling level, a wooden or bamboo shelf called a “Kwan” gives extra storage space. Atop the stilts are “Kua Yan”, struts that help in bracing the roof structure and also serve as a foothold when carrying out work on the roof tiles. The wall of the sleeping area which extends to the roof is called “Hnab Toen”.

Above the door of the sleeping area, there is a notable decorative lintel called a Hum-Yon. A post beside the front stairs is called Sao-Laeng-Mah, the usual place to tether the dogs that guard the house.

This Kalae house is constructed from teak posts and beams.The six pairs of posts were lathed into octagonal shapes.These posts bear the weight of the whole house. The four walls lean outwards instead of going straight up so as to increase the space for shelves inside the room.

The most notable feature of a Kalae house is the decorative wooden carvings or Kalae at the top of the gables.

As the name suggests, this Kalae house once belonged to Oui Paad (grandma Paad), a resident of Chomtong, Chiang Mai. It is estimated to be around 80 years old.

Totally made of wood and with the dimensions of 7 by 12 metres, the house is considered to be quite compact. However, the house is elevated from the ground by 48 stilts, which is an unusually large number of stilts for a house of this size.

At present (December 2011), this house is considered to be in good condition as a result of the continuing repair work since it has been relocated to Center for The Promotion of Arts and Culture in 1993. 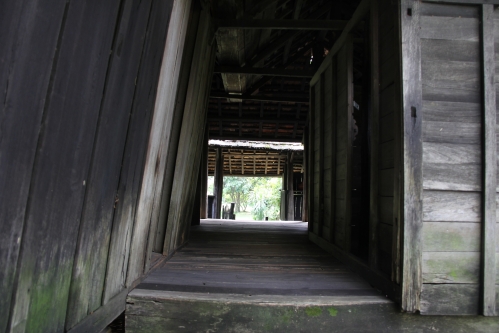 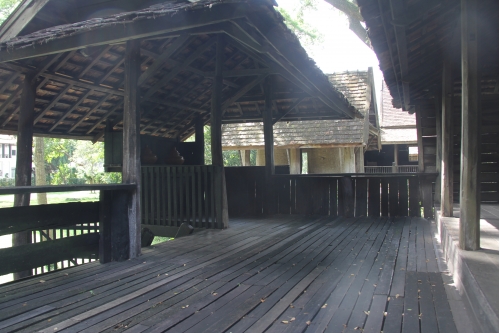 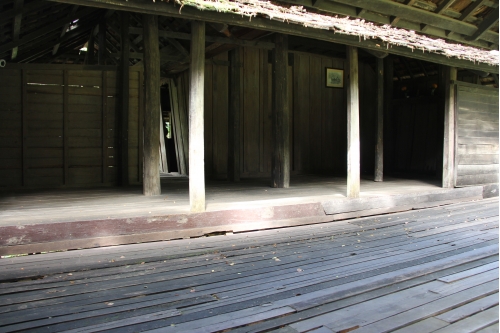 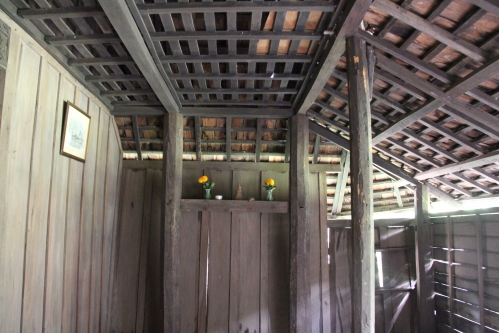 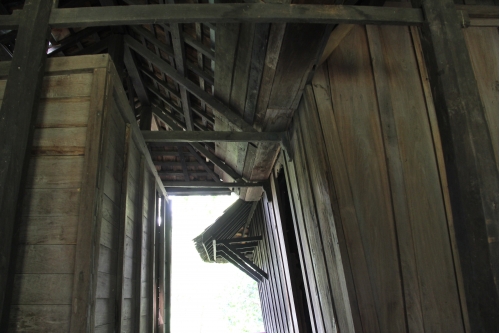 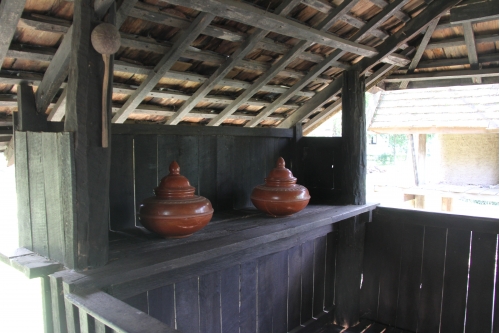 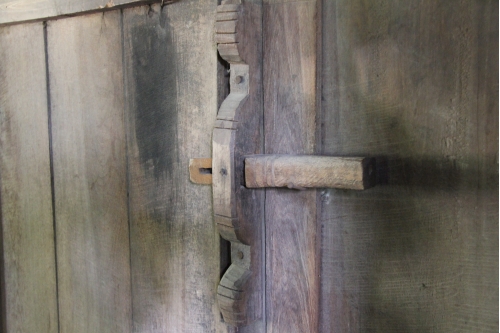 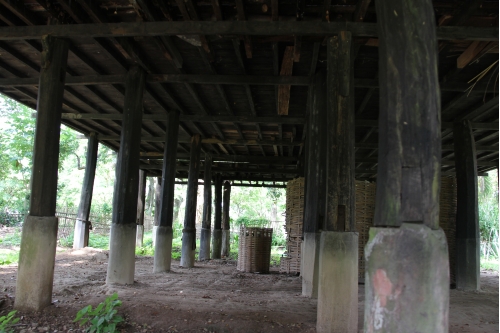 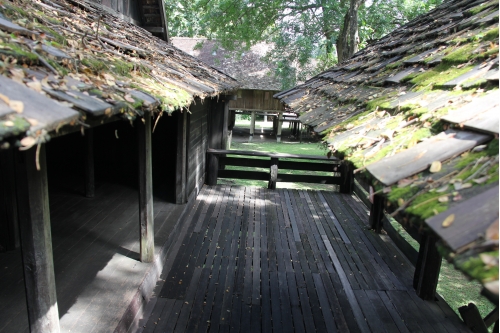 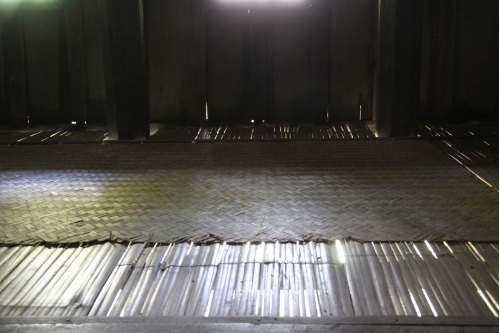