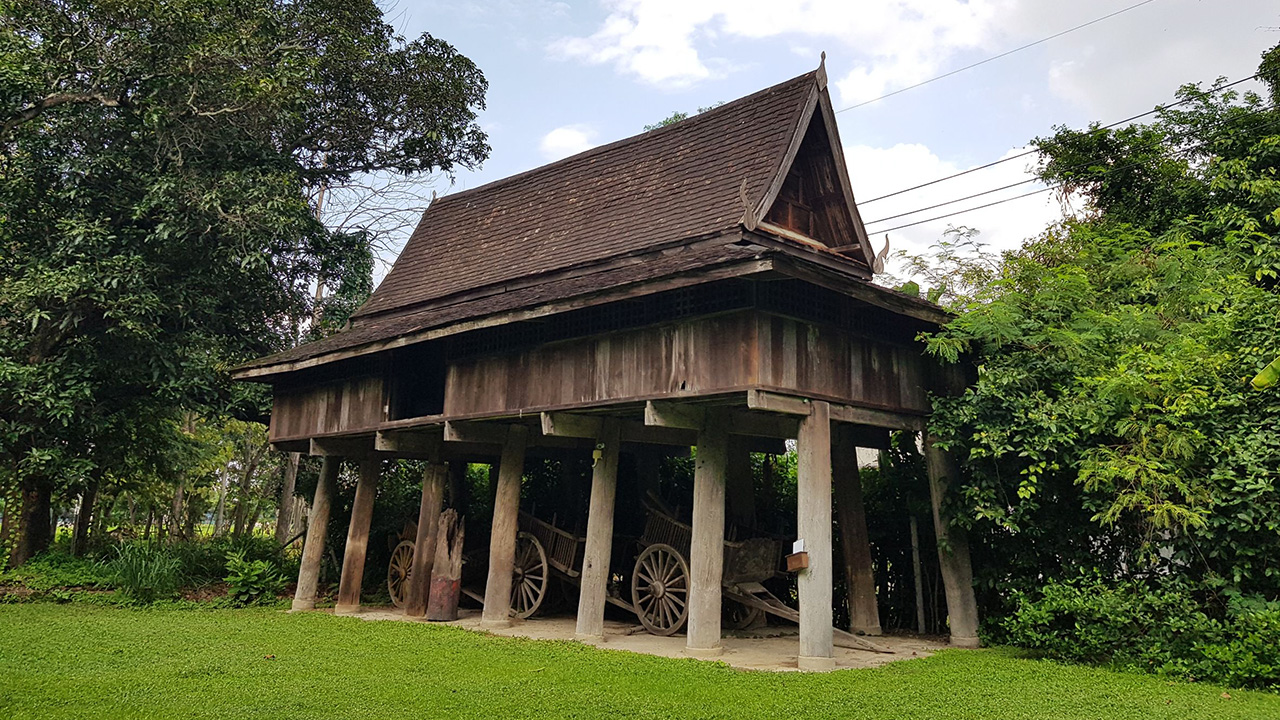 A vernacular wooden building of Lanna was usually made of hardwood for strength and durability.  Customarily they used the whole trunk as posts for vertical supports.  The posts are slightly inclined inwards to better bear the loads.  There are beams called Wang, joists and wooden floors - the same structure found in houses.

There is no staircase access but only a ladder called "Kern" would be used when needed.  Walls are assembled from vertical wooden planks from the inside on wood frames.  There is no window except an opening to load and unload the rice.  Wall structures are similar to those found in houses.  Usually, they were assembled separately on the ground and raised into position after all the other parts of the house were already in position.  The wall panels are connected by wooden bolts.  The roof structure is also similar to that of houses, using a single tier roof.

However, this granary has a double tier roof.  The upper tier has a higher degree of slope with a lean-to at the gable Ngeb.  The lower tier has a lower degree of slope with overhangs from all sides, giving the roof tender and delicate looks.  The original roof tiles were made of clay or terra cotta or Din Kor, with Naga-like decoration on the gable.  This style of granary can still be found in rural areas of Lanna such as Sanpatong and Mae Jam districts.