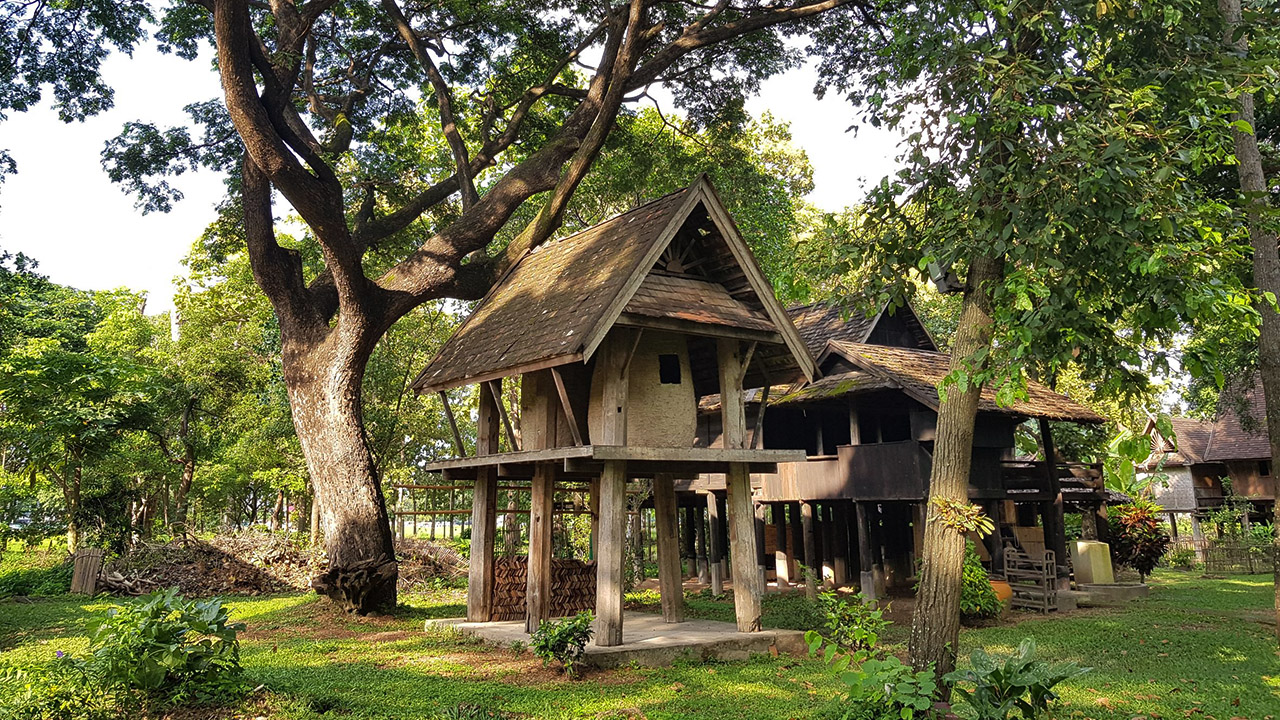 This is a small rice granary placed on six posts. It was built in 2009 from an old rice granary and wood left from the repair of houses in the museum. The granary was constructed following the Mae Kai model at Ajarn Vithi Panichphant’s home. It serves as an example of a rice granary that has no wall, in which rice is put in a large bamboo basket called “sawian”.In 2016, the Center for the Promotion of Arts and Culture engaged a Tai Khoen basket maker from Chiang Tung in Myanmar to demonstrate the method of making sawian for rice storage. The basket was made by weaving bamboo into a cylindrical shape, and coated it with a mixture of cow manure and rubber resin. This kind of baskets can keep rice for a long period, preventing moisture from setting in and insects from spoiling it.